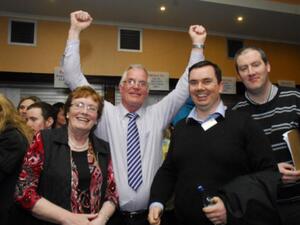 “I think its extremely important that politicians of all sorts give leadership, and leadership to the public that actually voted them into office.

“And that if there’s something so serious as an attempt to undermine the 8th amendment to the Constitution going on, that we’ve got to stand up, we’ve got to show a little bit of backbone anyway.”

Independent Leitrim Councillor Des Guckian talking to Newstalk this morning after Leitrim councillors passed his motion opposed to “any attempts to repeal or water down the Eighth Amendment to the Constitution” [which provides for a constitutional ban on abortion].

81 thoughts on “Getting Behind The Eighth”