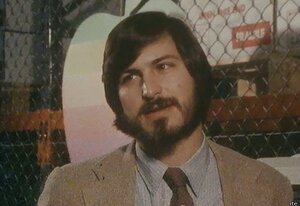 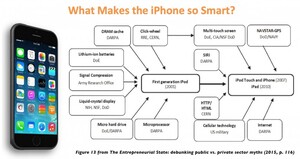 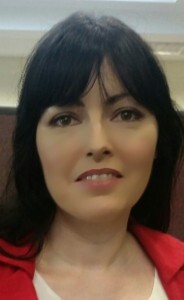 From top: Steve Jobs in Ireland,1980; The sources of iPhone’s technology; Ciara Graham

Apple is no stranger to state aid and while its founder is often hailed as one of the world’s greatest tech innovators the reality tells a very different story.

Italian-American economist Mariana Mazzucato explains how Apple exploits technologies that were developed AND crucially funded by the US State.

Many of the technologies found on the modern iPad or iPhone were developed by the Advanced Research Projects Agency (ARPA), founded in 1958, during the Eisenhower administration.

It is responsible for the early development of microprocessors and micro hard-drive technologies, and ultimately the internet itself.

Technologies such as Global Positioning Systems owe their origins to state funded military projects and Liquid Crystal Display technologies were funded by the National Science Foundation (NSF). Swiss-based CERN, the European Centre for Nuclear Research contributed the source of the hypertext languages, used in web browsing and also the basis for Apple’s famous ‘click-wheel’.

All those well-known Apple innovations turn out not to be Apple’s after all.

“Mission-oriented public investment put men on the moon, and later, lead to the invention and commercialization of the Internet, which in turn has stimulated growth in many sectors of the economy…the US government has been a leading player in funding not only the Internet but all the other technologies — GPS, touchscreen display, and the new Siri voice-activated personal assistant — that make the iPhone, for example, a miracle of American technology.“

What Apple is especially good at – and we’re not taking it from them – is design.

They have done an excellent job of pulling together some very useful technologies and installing them on ergonomic and aesthetically pleasing devices; turning these technologies into something consumers really want to buy is their great talent. They are a wonder of marketing, certainly.

Apple makes billions. They do this off the back of technologies that were developed using government funding.

Fabled for their secrecy, Apple operate a closed technology platform (where only pre-approved programs and applications can interact). Given the publicly funded origins of many of their technologies,

it is ironic that Apple should be so guarded about the proprietary rights protecting their product innovation.

Apple initiated litigation against its key partner and competitor, Samsung, for patent infringement – a saga which has become known as the ‘smartphone patent wars’(3) and has seen subsequent litigations against Motorola and HTC(4).

Apple was also incensed by the open source nature of Google’s Android platform – which gives free access to manufacturers and developers – deeming it an “existential threat” to the company’s existence.

The company’s founder and former CEO, Steve Jobs, was so incensed by the unrestricted accessibility of the platform that he believed Google had “ripped off the iPhone…grand theft!”

He swore to spend “every penny” within Apple’s coffers to “destroy Android”.. More than a little contradictory for a company that owes its successes to publicly funded technologies – share and share alike Steve!

Ireland doesn’t have the budgets (nor the impetus) that the NSF does, but, according to the European Commission it has helped Apple to avoid its tax obligation across the globe. It deemed that through two tax rulings, in 1991 and 2007, Apple had been granted selective treatment.

Essentially, Ireland’s reluctance to take tax from Apple amounts to “illegal state aid” which gave the company an “unfair advantage” over its competition.

Paradoxically, the Commission is not doing this for the public good, but because it amounts to unfair competition over other market-led corporations.

This reminds us of the controversy – or lack thereof – surrounding the early days of the bank bail-out, when only real opposition trotted out was that it might be unfair to European banks!

We’re all familiar with Benjamin Franklin’s oft-used saying about the certainty of ‘death and taxes’. Tax is the money the State ‘earns’ in order to pay for everything it needs to provide for its citizens, and for the continued functioning of industry and commerce – the roads, the energy networks, the educated workforce – it’s part of the social contract.

Yet, so beholden have successive Irish governments become to companies like Apple over the promise of jobs that the State it seems is willing to overlook any other obligations these Multi National Corporations (MNCs) might have to their adoptive homes.

In the early days of the post-war years during the New Deal and Marshall Plan, when governments were actively rebuilding economies on both sides of the Atlantic, governments had the reasonable assurance that the investments they made in developing industry would come back in taxes.

But the new reality of global business – of tax inversion and tax sheltering – is destroying that pact; and perhaps jeopardising the very social contract in the process.

Ciara Graham is Lecturer in Business at the Institute of Technology Tallaght..