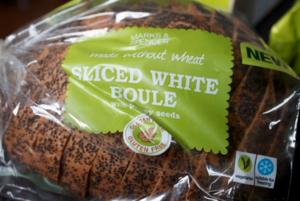 While trivialisation of any chronic disease is undoubtedly very serious, Ita O’Kelly should not ignore what coeliacs stand to gain from the increased numbers of people who choose to follow a gluten-free diet.

Marks & Spencer’s extensive gluten-free range that she refers to with joy and awe is probably only viable because of the “lifestyle coeliacs” who have elected to join ranks with coeliacs in following a gluten-free diet. If demand remains high from those “attention-seeking health zealots”, she will not be forced to rely on a mere cappuccino for sustenance.

If gluten-free diets are not shamed into non-existence, her long-coveted, palatable gluten-free bread will be created sooner.

30 thoughts on “A Lifestyle Choice”