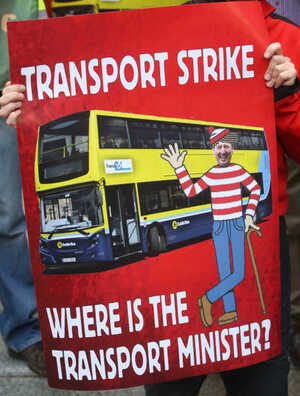 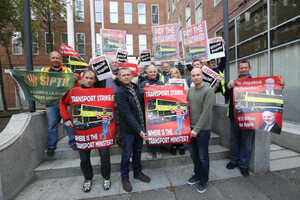 Richard Boyd Barrett TD, Brid Smith TD and Paul Murphy TD highlighting what they describe as the transport minister Shane Rosss “astonishing silence and indifference” over the current bus dispute in the capital. 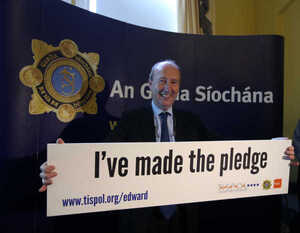 Good Day To Get A Fixie