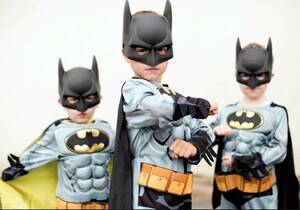 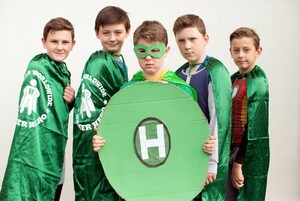 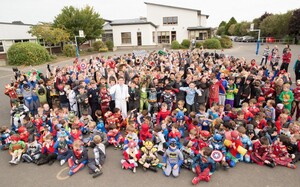 Hundred sof children went to school dressed as superheroes yesterday as part of a new nationwide campaign by Concern Worldwide to reduce hunger and food waste.

The new Hunger Heroes campaign was launched by Ireland’s largest international aid agency at Scoil na Mainistreach , where 600 pupils were allowed leave their grey uniforms at home and arrive dressed up as their favourite caped crusader.

No Way To Meet Your Heroes

And Then A Superhero Runs Along

3 thoughts on “Just For One Day”