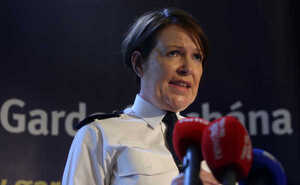 There is something going around, in fairness.

Gardaí have appealed for privacy surrounding Noirin O'Sullivan's health. They won't comment on her hospital admission in recent days. #Dail

“Regarding recent media reports, Commissioner O’Sullivan would like to make it clear that she was not privy to nor approved of any action designed to target any Garda employee who may have made a protected disclosure and would condemn any such action. It would be inappropriate for An Garda Síochána to comment on the specifics of any protected disclosure.”

An Garda Síochána statement this afternoon