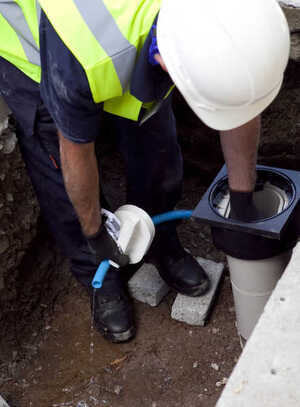 Just got a water meter installed this morning at 9:00. Looks like water charges aren’t off the agenda at all.

The Meter Is Running