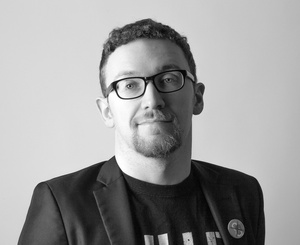 Cherubic Broadsheet arts writer Mike McGrath-Bryan removes his headphones (for once) to provides a response to Budget 2017 and its implications for his generation.

Ignore him at your peril.

If you’re under twenty-six in this country, the message of #budget2017 is clear, as it was to me and my friends eight years ago. You’re a second-class citizen, and continued austerity measures are driving you either back to your parents’ house to wait your turn in life, or to the airport.

Having struggled with employment your entire adult life so far, as well as the spiralling cost to yourself or your family of education, you have found that your social welfare only increases by €2.70, as opposed to €5.

This at a time when centrists boast openly of recovery (with Noonan, in fact warning of “prudence” after giving himself and the lads payrises), and an economy built on the tech sector that you’re expected to carry the can for “going forward” if you do decide to stay.

Mostly run by companies exploiting a “knowledge development box” to specifically avoid paying the taxes necessary to run public services, that are then subsequently threatened with privatisation in the face of… austerity. Or malfunctioning ideology.

A knowledge economy which they somehow expect to build, in spite of the underwhelming announcement of €36m for third-level education, falling two-thirds short of recommendations at a time when the sector is badly starved of resources after a decade of cuts.

Partly due to a privatisation drive from neo-liberal elements of academia’s top-brass, and in line with the mood of the political and economic elite, they do so with the support of Young Fine Gael and other Christmas-partial turkeys among your number.

By the way, they’ll soon be expecting you to pay massively inflated student loans instead of receiving a grant, because it’s all worked so well in the US. and the UK. to lower the economic and class barriers to entry.

Expect Labour Youth to row behind the efforts against this as they frantically try and distract from the soaring fees that Ruairí Quinn instituted almost immediately after lying to students about their affordability under a Labour government.

And it’s a landlord’s budget for sure, this year – going to college is all fine and well, if you or someone close to you can afford your fees and upkeep.

If you/they can’t, then aside from the obvious knock-on of working student life affecting your grades and ultimately your whole degree, you’re contending with a ridiculous wringing of cash from desperate people that’s beginning to eclipse the boomtimes.

Don’t expect this to change – it was a landlord’s budget for a Dáil where one in four are landlords. Living at home and studying? Sucks to be rural, then, in the face of mounting transport costs and little to no relief on the horizon if student loans become a thing.

When/if you do graduate, what’s there for you? Well, as stated, you’re going headfirst into the field of your choice, where at many points of entry, you’re still expected to work for free, and continue to afford living in an increasingly precarious property bubble while doing so.

Whether it’s the ongoing drudge of unpaid internship, or whatever they concoct to replace JobBridge, dues-paying in your industry is now firmly ensconced as literal as well as allegorical.

If times get tough, all roads lead to call centres, the modern-day factories, where you get by on babysitting seething, infantile manifestations of first-world problems over the phone.

To say nothing of the pace of promotion should one choose to stay in the relative security of the aforementioned. And your reward for this grind? In this year’s budget, half a percent off the USC that was originally “an emergency measure” eight years ago, again, against a debt you did nothing to create.

And what about alternative/freelance career choices. Should you try and at least attempt to establish some sort of sustainability for your creative outlets or other talents, you’ll soon find the arts have been reduced to a sideshow in the Budget by an establishment that knows the price of everything, and the value of nothing.

Without so much as a dedicated governmental department, artists of various media find themselves scrapping for inconsistent funding annually, with only a comparatively incremental increase despite the arts turning over treble their public investment on average, and forming a major part of this country’s all-important tourist attraction.

Your writer’s personal interests aside, let’s mosey along to those of you in your late twenties.

Having been denied opportunities at work, seen scutter made of the sustainability of your creative outlets, and with everyone around you voting for parties that roast you on a spit for staying in this country, you are perhaps now beginning to feel the societal pressure to “settle down”, enter massive mortgage debt and procreate, for the perpetuation of the way of things.

Should you choose to indulge this, you’re expected to buy a house, with a massive loan over several decades, and if the banks that *your* tax money bailed out will lend, the Budget’s much-hyped benefits for first-time buyers only apply to those expensive new-build units, because you have to incentivise those developers that put your generation in this mess in the first place for some reason.

What of your own personal coping mechanisms with the weight of all of these betrayals and aggressions? What of those of us dealing with them at the end of a period of prolonged austerity? How do you get through the grind?

One would think that investment in mental health treatment and awareness would be a priority at every level of society afflicted by austerity, especially with suicide rates and negative mental health implications peaking with austerity’s harshest measures.

How many under-30s in this country have lost friends and family to suicide, illness and emigration? What’s in the plans for the long-term social damage inflicted by a “lost decade”?

Scant mention made, if anything of substance, the year after then-Health Minister Leo Varadkar decided to divert ringfenced mental-health funding elsewhere, a move Simon Harris was compelled to reverse more by public pressure, one suspects, than by ethical imperative.

I can hear the gears turning a mile off. Same old arguments. Still getting the like of “Why don’t you leave?”, etc. Accusations of “populism”, as though elitism hasn’t resulted in the current mess. A spiel that every young person has had thrown at them in the past decade.

This is our country too, whose future rests in our hands. These are our families and friends, our communities, our scenes and our stories. And you will hear from us soon.

What About A Radical Alternative?