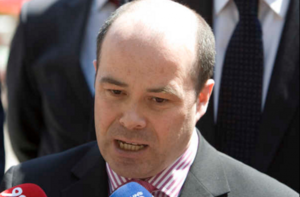 The prospect of State funding for quality print journalism has been raised by Minister for Communications Denis Naughten.

Speaking to the Association of European Journalists in Dublin, the Minister said he would like to think that print journalism could draw down some of the money that goes to broadcasting at present.

…“The important thing is that there is content there that people can rely on,” he said.

The Minister said he would like the Oireachtas communications committee to look at the broad question of how quality journalism should be funded.

“The public have respected institutions like our national newspapers. Like our national broadcasters, I think it is important that that trust remains there and I think it does need to be supported and that broader debate now needs to take place.

Earlier: A Drop In The Ocean

17 thoughts on “What Could Possibly Go Wrong?”