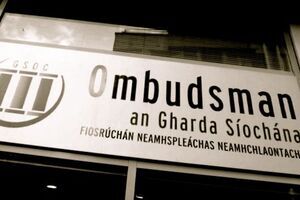 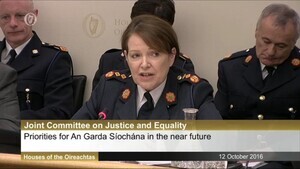 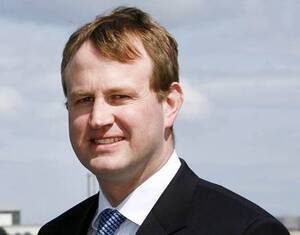 This morning, the Irish Examiner reported that GSOC cannot obtain documents in relation to the O’Higgins Commission which investigated complaints made by Sgt Maurice McCabe.

In addition, it also reported that Garda Commissioner Nóirín O’Sullivan cited legal restrictions under the Commission of Investigations Act 2004 as reasons for why she could not give GSOC certain documents in relation to a public interest investigation regarding Sgt McCabe’s claims.

This is despite the fact that it was Commissioner O’Sullivan who originally called on GSOC to carry out such an investigation.

After recently telling RTÉ’s Six One News that he had “confidence” in Ms O’Sullivan. Fianna Fáil’s justice spokesman Jim O’Callaghan spoke to Áine Lawlor on RTÉ’s News at One about his proposal to get around the legal issues.

Áine Lawlor: “Jim O’Callaghan is proposing a change in the Commission of Investigation’s Act that would overcome this hurdle and he joins us now from our Dáil studio. Good afternoon, Jim O’Callaghan.”

Lawlor: “The specific problem. What is it? That nobody basically can have access to the private papers, the private recordings, or testimonies given to a private commission of inquiry – even though there’s public interest investigation going on by GSOC. Is that it?”

O”Callaghan: “Yes that is the problem. In June of this year, the Tanaiste referred to GSOC, the issue about the two conflicting accounts of the meeting in Mullingar, in 2008. She made that reference under Section 102 of the Garda Siochana Act. We now learn that GSOC wrote to An Garda Siochana, seeking access to all documents, including transcripts. Now the Garda aren’t allowed to provide those transcripts because of Section 11 of the Commission of Investigation Act 2004. So I would have thought that if the story in the Examiner today is correct that there is a relatively simple method of getting around this problem which would be by amending Section 11, to provide for one other provision whereby the information could be provided. And that would be if there’s an ongoing investigation being conducted by GSOC under part 4 of the Garda Siochana Act.”

Lawlor: “And, indeed, you’ve sent us a copy of your proposed Commission of Investigation amendment bill. It’s nice and short. We understand this matter has been referred to the Attorney General. Do we know if she is looking at a simple legislative change, like yours, would unblock this roadblock?”

O’Callaghan: “Well, we had a similar roadblock, in respect of the Judge Cregan inquiry [into IBRC transactions and write-offs] when Judge Cregan said that the underlying legislation didn’t allow him access to confidential information. And there was a small amending piece of legislation introduced in order to facilitate him. So the alternative here is that the GSOC inquiry doesn’t go any further. I don’t think that’s an option. Consequently, I think we should give consideration to amending the legislation. Obviously, it’s all dependent on the story in the Examiner being correct. If the story is correct, well then I think the only solution to it would be to provide for some amending legislation.”

Lawlor: “And, should it be true, would it not have dawned on anyone back in June, particularly given that this kind of roadblock around the privacy of commission of inquiries that that had cropped before, that might be an issue in this case.”

5 thoughts on “Evidence Within Reach”