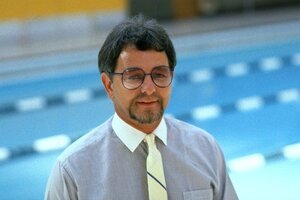 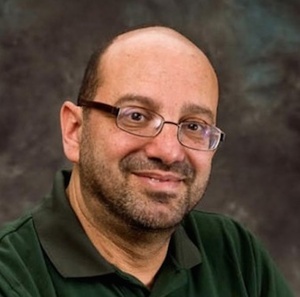 Mr Muchnick hopes the immigration file will shed light on how Gibney was able to get a visa, and then a green card, to live in the States, given the previous charges against him.

Readers will also recall how some partially redacted documents from the immigration file, previously released to Mr Muchnick, have already showed that Gardaí gave Gibney a certificate of character – issued on January 20, 1992 – to support his application for an American visa.

The hearing followed a May hearing, during which Judge Breyer said he would review in camera (privately) disputed documents from George Gibney’s US Citizenship and Immigration Services file, and render a decision.

At the conclusion of a hearing lasting nearly an hour, United States District Court Senior Judge Charles Breyer said he would shortly issue a “tentative” order in which he will likely require the Department of Homeland Security to release publicly additional portions, at least, of the 20 documents from George Gibney’s immigration records that remain under dispute.

During a spirited discussion with my attorney Roy Gordet and the assistant U.S. attorney James Scharf, Judge Breyer made it clear, without tipping his conclusions, that he has serious reservations regarding some of the privacy exemptions that continue to be claimed in this Freedom of Information Act case.

The judge said he will forward to the government highlighted sections or entire documents that he believes should be disclosed, and will harden his tentative order into a fully enforceable one only if the two sides remain at an impasse over particular details. Counsel agreed that this will be a good penultimate step.

I hesitate to report on or characterize the court’s remarks throughout the hearing, for I do not want to compromise the order that is forthcoming and I do not want to substitute my interpretation of them for the simple and full-context publication of the transcript (which I hope to do shortly).

However, it was clear that Breyer understood the pertinent history and controversy over the sex crime allegations against Gibney. And it was especially clear that the circumstances and disposition of Gibney’s 2010 U.S. citizenship application could have considerable impact on the judge’s upcoming decision with respect to exactly what will be revealed.

Four law student observers — three from the University of California-Berkeley and one from Hastings College of Law in San Francisco — were in attendance.

Early in the hearing, Judge Breyer invited me up to sit at the counsel table with Gordet, and later thanked me for my role in bringing legitimate public curiosity over the Gibney matter to this head. I greatly appreciated both gestures as we await what the court now will order the government to produce.

6 thoughts on “A Tentative Order”