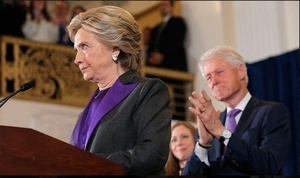 After a short absence Frilly returns with a song for Hillary and bum note for Irish rugby.

I’m going to start with Rugbee crowd bating the All Blacks, well done. I don’t exactly know when the cribbing over Montrose not showing it started or when the deserved whinging over Irelands Ball Shoulder to Folder triggered, but either way, I’m digging them up again.

First, Rugby is not the National Game and it is not a Gaelic Game. So FRO. Go foreign to watch it. (see what I did there)

They’re dead right about Irelands Crawl Drawl Fall Hall Maul Gaul Shawl …see that … no amount of fecking around with it makes it even half arsed. It’s not an anthem. That’s its problem. It’s not even a daycent twist in a sing song, which doesn’t help it either, therefore no one likes it, and it’s just plain AWFUL.

Dustin’s Euro Turkey is a better rabble rouser. An Anthem is a call to arms. An Anthem is a Hymn in a local dialect that is belted out by many and yet all-for-one. It doesn’t have to be classical historic or even a masterpiece.

We are the Champions is none of those. De Banks is a diddly diddle oul’ meandering ballad, but it’s ours, no one else gets to own it only me and mine, and when its belted out by the many to prime the all-for-one, you could chew on the charge it generates.

Clearly Amhrán na bhFiann isn’t grand enough or Windsor enough for the Goys, so go get sum’ting else would ye. Try Joe’s Make me an Island

And now t’ Trump. At least there’ll be fodder and material sustainable enough for Broadsheet for annuder few years. I won’t fight it, I’ll join up most likely, and egg it on even more likely.

It was clear to me since mid-September that Hillary Clinton hadn’t an iota of interest in Broadsheet HQ. The extent to which they would go to undermine the Democratic Candidate’s Presidential Campaign I could never have imagined, and I have a fairly rampant imagination.

But then as I’ve said before; their gaff their rules. I would like to think they will regret the direction they allowed the forum descend into in the last 20 Days. But one only has to see the wall of authors to note the preference they favour.

I’m disgusted with the result meself. But I have a bias for the Clintons. I actually wrote to Bill when he was Governor of Arkansas, and I have a Clinton Beanie Baby, and cups from the Clinton Library.

But that never influenced any illusion I might have allowed myself that America also liked Her.

The Voter hates Her because she is white, smart, liberal, self-made, and more than just a former First Lady. Everyone else that doesn’t like her, and there are plenty amongt us here, don’t like her because she plays like a man.

Yet that’s what I admire about Hillary Clinton the most.

Hillary Clinton’s biggest failure was waiting in line behind two different men, Bill and Barack. Her day is done. Yet still fair dues to her, she’s put together a handsome pension for herself, despite the fact the American Taxpayer will not be burdened with the weight of an Irish Mary type Pension, they’ll be a lot worse off without her.

Trump voters and cheerleaders have elected a narcissist who has NEVER served a minute of public service, or done a charitable deed that was without benefits, you and they will regret this decision, of that I have no doubt.

Trump, if he is not assassinated, will leave the White House an even wealthier man; and I’ll look forward to all this supporters pointing that out when the time comes.

59 thoughts on “Frilly On Friday: Shoulder To Shoulder”