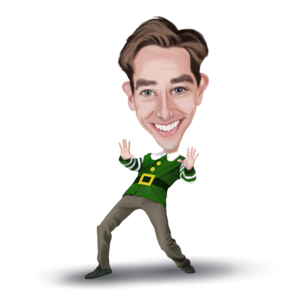 The application process for The Late Late Toy Show tickets closed yesterday. More than 125,000 applications have been received for seats in the audience of this year’s show, which airs on Friday, December 2nd. Tickets will be issued on a lottery basis.

However, The Late Late Toy Show is giving viewers an extra shot at securing two seats…

To be in with a chance of securing a pair of tickets, all viewers have to do is go here to download the ‘RyanElf’, carefully cut it out and start taking snaps.

Make the ‘RyanElf’ a part of a special occasion, bring him to your favourite spot in your hometown or maybe he could ’embellish’ the perfect picture with a well-timed photobomb.

What Time Is it?