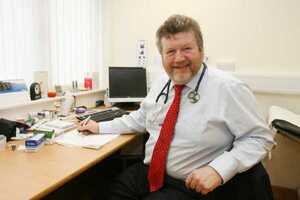 The Standards in Public Office Commission published its report on the election expenses made by candidates and parties between February 3, 2016 and February 26, 2016.

Election expenses of €8.39 million were disclosed by candidates and political parties at the 2016 general election, a decrease of almost 10% on the €11.08 million figure reported for the 2011 election.

The Standards Commission has referred 66 files to the Gardaí in relation to possible contraventions of the Act at the Dáil election, including failures to return donation statements, certificates of monetary donations, statutory declarations, statements from a financial institution, or election expenses statements.

One of the 66 files concerned former Health Minister, Senator and deputy leader of Fine Gael Dr James Reilly – in relation to a €1,000 cash donation.

The donation Dr Reilly received was €800 over the cash limit, of €200, and SIPO found Dr Reilly failed to provide proof that he returned the €800 to the donor.

“Just for starters, I only found out about this about 20 minutes ago. Look, in fairness to SIPO, they have a job to do. They wrote to me. I declared everything honestly. I declared a €1,000 of a cash donation. When I realised that that was actually excess of what one is allowed, in terms of cash, without declaring the identity of the individual who, given to me, whose a personal friend of mine for many years and whose a neighbour and a farmer. I handed the money back to him.

“They subsequently wrote to me and asked me to give them a receipt for that and I fully intended to give it to them but, with everything else that was going on, in my own personal life in terms of, you know, and we moved out of our house in Moneygall, closed the sale on the Friday before Christmas, so there was a ferocious amount of activity.

“I’ve been back in my practice trying to reorganise that as well, I had a change of staff and somebody recently only joined so that person can’t possibly be held responsible for an oversight that happened in an interregnum while somebody else who was there had left and I was trying to fill space. So basically, I put my hand up, I forgot to give them a receipt. I can have that receipt to them, I certainly could have the receipt in my hand by lunchtime.

“I declared the €1,000. I did not try, at any point in time, to do anything dishonest. I declared the €1,000, realised the error and then, when it was pointed out to me, handed the money (€800) back to the gentleman concerned and I’m sure, I’m sorry for him that he would be brought into any public controversy over this. So, that’s the long and the short of it…”

Listen back to Dr Reilly’s interview in full here

I’ve Had My Fun

Bottler: I Can Fix It

27 thoughts on “Long And The Short Of It”