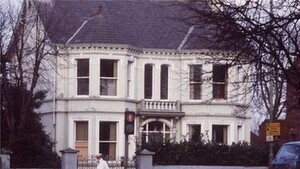 A series of children’s homes run by church and charity in Northern Ireland were the scene of widespread abuse and mistreatment of young residents, the chair of the region’s historic abuse inquiry, Sir Anthony Hart, has said.

In one case a sex offender was found to have been moved from one home to another school. He said in one instance there was “systemic abuse, humiliation and sexual abuse“.

At the notorious Kincora boys’ home, where there were numerous allegation made of abuse, Sir Anthony said if an adequate RUC investigation had been carried out “those sexually abused after 1976 would have been spared their experience.”

The inquiry investigated persistent claims that intelligence agencies covered up the crimes committed by a paedophile ring in the home in the 1970s in order to blackmail some alleged high-profile abusers from within the British Establishment.

A “bleak, harsh and cruel” atmosphere was described by alleged victims at two properties in Belfast run by the Sisters of Nazareth.

Children were shipped off to Australia as migrants like “baby convicts”, witnesses said, and their names were changed once they arrived.

There were tales of violence perpetrated by members of religious orders.

But some of the gravest allegations involved sex attacks.

Police said sex abuse at Rubane Boy’s home in Co Down was rife.

And the inquiry heard that notorious paedophile priest Fr Brendan Smyth told a doctor he had sexually abused hundreds of children.