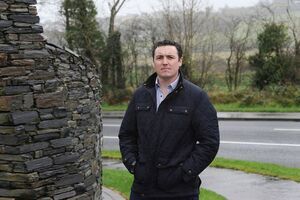 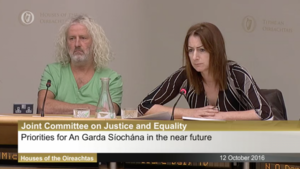 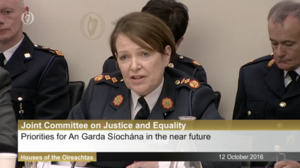 Readers will recall how, last October, Independents 4 Change TD Clare Daly repeatedly asked Garda Commissioner Noirin O’Sullivan if she was privy to any information about allegations of mistreatment of Garda whistleblowers.

At one point, Ms Daly said:

“Commissioner, you said you weren’t privy to any information about allegations of mistreatment of whistleblowers, that your knowledge was very much based on what was in the public commentary and, from what you’ve heard, but is that statement not contradicted by the fact that legal counsel for one of the whistleblowers wrote directly to you 14 times over a two-year period, outlining a litany of direct experiences that he had had in terms of surveillance, intimidation.“

The Garda Commissioner also said she was precluded from speaking about individual cases.

“I have absolutely no knowledge, nor was I privy to any campaign to undermine any individual in An Garda Siochana.”

Below is one of those 14 letters, referred to above by Ms Daly, sent by Garda Keith Harrison’s solicitors, Kilfeathers & Company to o Garda Commissioner Noirin O’Sullivan.

We write to you again in circumstances where you have failed to… reply to our correspondence and address the very serious issues and concerns raised therein.

There has been an extraordinary effort to smear and undermine the credibility of our client by his employer, your servants and agents. As his employer you have clearly failed in your duty of care and refused to engage with our client regarding his serious health and welfare issues as a result of the unfair treatment he has suffered. He has been isolated and abandoned by his employer and colleagues.

Furthermore our client has suffered financially in circumstances where he has not worked since the 19th of May 2014. Because he has no income he is unable to adequately support his family financially as he is solely in receipt of social welfare payments.

The financial hardship has caused our client further stress, distress and anxiety. Our client is now in the extraordinary position that his social welfare payment will cease today, the 20th of May, 2016.

…We ask that you formally reply to our numerous letters that have gone unanswered.

…According to members of An Garda Siochana who have notified our client – our client has been the subject of unsubstantiated death threats on three occasions.

This issue regarding the alleged death threats is of serious concern for our client and in particular the handling of these matters by your servants and agents. Given the manner with which you have dealt with these threats, our client questions the legitimacy and source of such threats given the nature and manner in which they have been communicated to him.

… It is clear to us An Garda Siochana have failed in their duty to our client as a victim and as member of the force. It appears to us the alleged threats are used as justification for the surveillance and harassment of our client but at no point are these matters properly investigated.

For the avoidance of any doubt our client has received no support from you, your servants or agents. He has suffered victimisation, penalisation and isolated and has been subject to continued attempts to smear his reputation and undermine his credibility. This has caused him serious harm from the point of view of his health and welfare to include serious financial hardship.

Please note because of your failure, the foregoing matters shall be brought to the attention of GSOC and the Minister for Justice for further examination.

Previously: You’ll Get Nothing From Me

18 thoughts on “What Did Nóirin Know?”