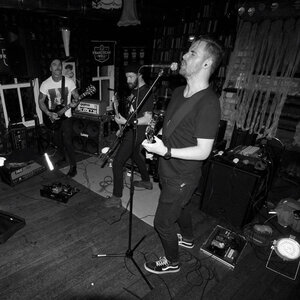 02. The lads would know about heft and delivering it with velocity: guitarist Shaun Cadogan is a former member of Cork hardcore lads Harboured,

03. Streaming above is the band’s debut, Cynosure, released last December. Available for streaming and free download from Bandcamp.

Thoughts: The Botch/Hydra Head Records comparisons are valid, taking the weight and angularity of the aforementioned and focusing it with a brevity bordering on vicious.

You May Like This: Rabid Bitch of the North