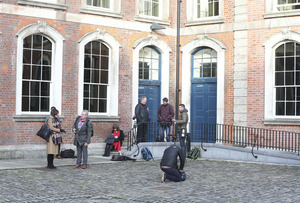 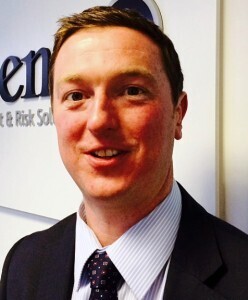 From top: Media outside Dublin Castle this morning ahead of the Disclosures Tribunal into the alleged smearing of garda whistlebower Maurice McCabe; Tony Groves

There will be individual embarrassing moments and several more mea culpas before we arrive at a consensus that a good man was done down by a system and that, because the system is to blame, nobody is to blame.

There’s a story, perhaps apocryphal, that while preparing for the biggest court case of his nascent career, Cicero spent his time practising only oration and voice projection.

When asked if he would not be better off spending his time learning the legal arguments for the case, he is said to have replied “Only a bad orator need learn to be a lawyer”.

Now this story is most likely baseless, but I couldn’t help thinking about it while watching the Garda Whistleblower controversy evolve. Thirty Six times Clare Daly, Luke Ming Flanagan and Mick Wallace raised concerns to the Dail, but it was only when RTE broadcast the widely known slurs, that the “government” deigned to actually address the issue.

When I say address it, I mean speak around it, throw shapes of indignation and then search for a vehicle to park it in, while they can get back to the business of making announcements and issuing plans that hope to lead to future announcements of updated plans.

There has arguably never been a more inefficient government, nor have we ever had a more unambitious opposition.

All of which leads me to the vehicle of a public inquiry and back to Cicero.

Up and down the country, Lawyers, Barristers and Public Relations Gurus are practising their oration and vocal projection. Headline writers can today file their copy for the upcoming Charleton Inquiry.

Words like Defiant, Refute and Rebut will be thrown around like “mea culpas” at a Fine Gael Parliamentary Party meeting. Phrases like “unaware of”, “not privy to”, “had no knowledge of” and “in the strongest possible terms” will be deemed acceptable answers to the most important questions.

All the while, we will be placated with fluff pieces that assure the public that the Judge has the “power to compel” and “ask the hard questions” that will “bring closure”.

Those responsible will point at the next person up in a vicious blame circle. Sincere expressions of sincere regret will be made that would make the Banking Inquiry blush.

There will be individual embarrassing moments and several more mea culpas before we arrive at a consensus that a good man was done down by a system and that because the system is to blame, nobody is to blame. Sure we all partied, on his good name.

Cicero won his case, he rose in esteem by defeating his rival orator (Hortensius) and climbed the rungs of power. The guilty party (Gaius Verres, Governor of Sicily) was sentenced to exile and was given the traditional nine days to squirrel away as much plunder to feather his retirement nest.

Our guilty parties will also be “exiled” and in the words of Oliver Callan be “subject to the full rigours of a massive pension”. Cicero said we must “let the welfare of the people be the ultimate law”.

Ultimately, I predict that the conspirators and the participants in this sinister plot will fare out very well.

The more things change, the more they stay the same.

Tony Groves is a full-time Financial Consultant and part-time commentator. With over 18 years experience in the Financial Industry and a keen interest in politics, history and “being ornery”, he has published one book and writes regularly at Trickstersworld