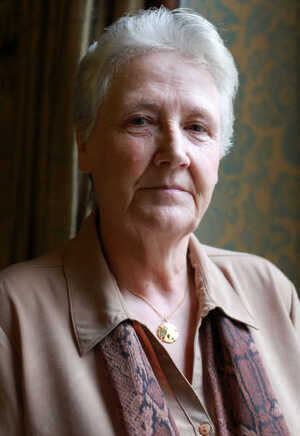 In 2014, Marie Collins was one of two survivors of clerical sex abuse appointed to Pope Francis’ Pontifical Commission for the Protection of Minors.

Today, after three years – during which she says she has never had the opportunity to sit and talk with the pope – she’s resigning, citing “stumbling blocks”.

Writing about her decision to step down from her role, on the National Catholic Reporter, Ms Collins writes:

These stumbling blocks include: lack of resources, inadequate structures around support staff, slowness of forward movement and cultural resistance. The most significant problem has been reluctance of some members of the Vatican Curia to implement the recommendations of the Commission despite their approval by the pope.

In her testimony, Kathleen McCormack, the Commission’s Australian member, summed up the struggles and emphasized the need to keep hope. “Like water on a rock,” she said, “we’ve just got to keep at it.”

I have come to the point where I can no longer be sustained by hope. As a survivor I have watched events unfold with dismay.

During our first year we had to go forward without an office or staff. Then finding a method by which the Commission could enter into dialogue with Vatican dicasteries was difficult for a very prolonged period.

This was eventually overcome in 2016 when liaison persons for each Vatican department were appointed to be available to interact with the Commission but there was a long delay in this very important area of communication and cooperation.

The Commission’s recommendation for a Tribunal to be put in place whereby negligent bishops could be held accountable was approved by Pope Francis and announced in June 2015. Yet it was found by the Congregation for the Doctrine of the Faith, as Baroness Sheila Hollins stated to the Royal Commission, to have unspecified “legal” difficulties, and so was never implemented.

With his motu proprio “As a Loving Mother,” Francis followed up last year with another accountability initiative. This would not only cover negligent bishops but also negligent religious superiors. It was to come into effect Sept. 5 but it is impossible to know if it has actually begun work or not.

…The reluctance of some in the Vatican Curia to implement recommendations or cooperate with the work of a commission when the purpose is to improve the safety of children and vulnerable adults around the world is unacceptable.

Is this reluctance driven by internal politics, fear of change, clericalism which instills a belief that ‘they know best’ or a closed mindset which sees abuse as an inconvenience or a clinging to old institutional attitudes?

I do not know the answer but it is devastating in 2017 to see that these men still can put other concerns before the safety of children and vulnerable adults.

The last straw for me, on top of the refusal to cooperate on the Safeguarding Guidelines, has been the refusal, by the same dicastery, to implement one of the simplest recommendations the Commission has put forward to date.

Last year at our request, the pope instructed all departments in the Vatican to ensure all correspondence from victims/survivors receives a response. I learned in a letter from this particular dicastery last month that they are refusing to do so.

Previously: Meanwhile, At The Vatican 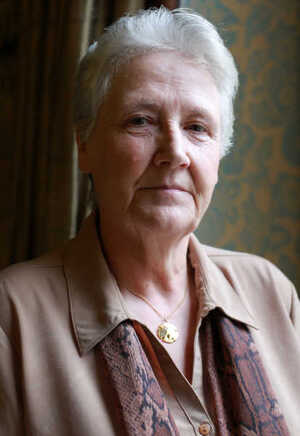 16 thoughts on “Leaving The Vatican”