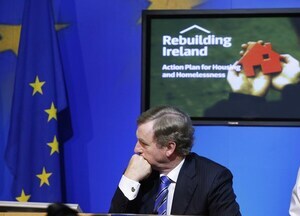 While it is possible to rise without a trace in politics, it is rarely a facility that exists for those departing public office.

The time before the ending of any political career, is in marked contrast to the etiquette attached to what happens when an end does occur.

That end tends to be accompanied by a litany of eulogies, based on a theme that the politician in question has served his country with distinction, has done so selflessly and has gone about his (usually his) tasks without seeking fear or favour.

What is immediately forgotten, what then must remain unsaid until considered by future historians, are the recriminations and the derision placed upon the head of the unwanted politician in the days, weeks and months prior to their denouement.

This occurs regardless the of competencies, or the accomplishments, of the said individual. While it is possible to rise without a trace in politics, it is rarely a facility that exists for those departing public office.

Those who choose to be involved in political life, do so knowing that a majority of people will either be indifferent, or more likely be hostile towards them.

Keeping enough people happy enough of the time is the essence of politics. Eventually you run out of people and/or time.

The public cynicism that attaches to politicians can be at its most vicious as a career end draws near. Each politician is said to be clinging onto power. Often their motivation is thought to be financial.

On occasion that can often be the case. There are, however, at other times more human factors that are at play. Factors we tend to forget about, and certainly are rarely applied to the sub species that is that of politicians.

The idea of clinging onto power is a nonsense. Power is never absolute. It is always comprised by the need to consult, persuade and share responsibility for decisions taken. The World can and does go on without any given politician.

Some factors are down to political vanity. The loss of status can be significant. There will come a day when people will no longer seek your opinion. Where your name will no longer be as prevalent. Where the when and how of you meeting with people isn’t governed by protocol.

Of course much of this can be placed into a ‘Get Over Yourself’ category. The deeper the effects of this, the more rarefied a cossetted politician has been exposed to this condition. When individuals end up with no driver’s licence, having been driven around for thirty years; or others don’t know how to check into an airport; it shows up the individuals, and the system they have been a part of, quite badly.

The most obvious human factor we tend to lose sight of, in this situation, is that of uncertainty. What to do with your life afterwards? Again the assumption gets made that you get looked after, that passing status gets picked up on by those who think they may gain from second hand prestige. Another myth too widely believed.

The rabidly right wing Conservative, Enoch Powell (who ended his career as Unionist MP for North Down) is remembered for two things. One is his incindiary ‘Rivers of Blood’ speech. The other is a quote of his that all political careers end in failure.

It’s the careers of failure that begin we should be more worried about.