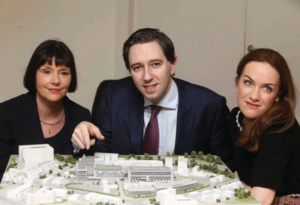 Is the deadline for submissions to An Bord Pleanála over the building of the new National Maternity Hospital on the St Vincent’s site in Elm Park, Dublin.

On March 10, the Minister for Health Simon Harris announced that the application was made.

On the same day, Paul Cullen, in The Irish Times, reported:

The move follows the resolution of an 18-month dispute between the two institutions over governance of the new hospital and the recent decision by An Bord Pleanála that the development constitutes strategic infrastructure and can therefore be fast-tracked through the planning process.

Despite this, on May 2, Taoiseach Enda Kenny told the Dáil:

While a planning application has not yet been lodged for the proposed new maternity hospital on the St. Vincent’s University Hospital complex, the proposed structure guarantees that the very best facilities will be available for expectant mothers that one would expect to see in the early part of this century.

The proposed building will be 10m higher than the height permitted (24m), under the Dublin City Development Plan.

“Three buildings on the St Vincent’s site already exceed the maximum permitted heights for the area: the clinical services building at just under 36m, the Nutley Wing at 40m and the private hospital building at more than 45m tall.”

“…Due to the presence of existing taller buildings the council had determined that the application did not contravene the city development plan.”

“However it said, even if the board determined that the building did not comply with the city development plan, it could still grant permission for the hospital, due to its veto powers under the planning acts.”

An Bord Pleanála is due to make a decision on the application by September 11, 2017.

In the latest edition of The Phoenix magazine… 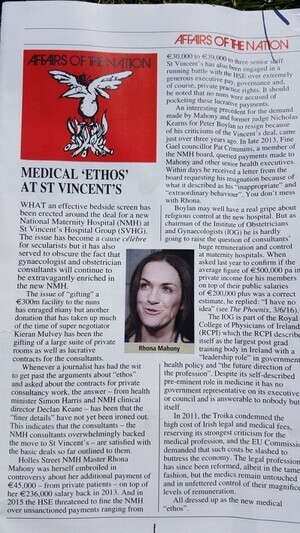 ‘Integral To The Social Significance Of The Building’

34 thoughts on “Permission To Land”