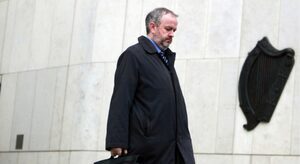 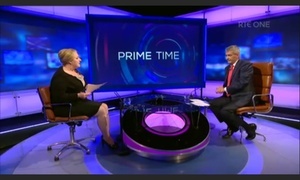 “We [Irish Independent] actually knew back in 2015 that this particular prosecution of Sean Fitzpatrick was in serious trouble and serious jeopardy but we couldn’t report it at that time.

Back in 2015, legal argument came in the absence of a jury about key aspects of the trial and one of those included the manner in which statements were taken from two key witnesses Vincent Bergin and Kieran Kelly who were audit partners in Ernst & Young which we now know as EY.

But I suppose what I recall as the most staggering event possibly in 2015 was the day we were in court and the day that it emerged that the lead investigator Kevin O’Connell who was a solicitor, who wasn’t experie-, he was a solicitor for the ODCE and in charge of this investigation but he wasn’t overly experienced in dealing with serious indictable offences, he didn’t have much experience in the taking of witness statements.

And he admitted, it emerged, he went home, after six days of cross examanation in the Circuit Court, that he had shredded documents in what he described as a moment of panic when he went back to his office. I think it was the May bank holiday weekend.

And that was absolutely staggering at that point in time. We couldn’t report it because Mr O’Connell, whom the ODCE today revealed had been hospitalised in the immediate aftermath of that revelation for a period of time.

The case ended there and it is only now that the case has concluded, by way of direction of acquittal by the trial judge that we are able to report those facts.”

Gardaí are trained in taking witness statements. O’Connell, who was centrally involved, had never taken a witness statement before. The whole process, [Brendan[ Condon [Sean Fitzpatrick’s barrister] said, was “lawyer-led”. It was “statement by committee”, with the statements being constructed as if for civil proceedings. But this was not the commercial court. It was a criminal prosecution and it should have been investigated in the normal way.

Unknown to Condon, when O’Connell was in the witness box answering questions about these matters, the ODCE solicitor had a particular worry on his mind.

What documents should and should not be disclosed to the defence by the Director of Public Prosecutions (DPP) was one of the matters Condon was complaining about in his critique of how his client was being treated. O’Connell was worried about the decision not to disclose a particular document to the defence. According to Condon’s later view, that document would have revealed that the DPP was being kept informed as to how O’Connell was going about his work. The decision not to disclose the document, an email, Condon was to say in court in 2016, caused O’Connell to fear that he was going to be “hung out to dry” by the DPP.

O’Connell feared that the DPP was “deliberately suppressing the email”, Condon said, and this caused O’Connell to “panic”.

The banker, the investigator and the shredding of documents (Colm Keena, Irish Times)

Earlier: You Are Free To Go

“He’s The Reason You Won’t Be Getting Your Dole In A Few Years.”

41 thoughts on “A Moment Of Panic”