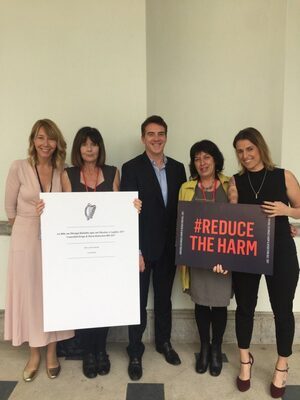 The bill, co-signed by former Minister of State for the National Drugs Strategy Senator Aodhán Ó Ríordáin and supported by the Labour Party, the Green Party and a “significant number of independent senators” would make three major reforms to Ireland’s drug laws:

Decriminalise the possession of controlled drugs for personal use, allow for the Minister for Health to set ‘personal use’ and decriminalise addiction.

Establishes a Drug Dissuasion Service to case-manage people found in possession of controlled drugs and to divert people away from the courts.

Provides for a system of harm reduction measures for those found in possession including drug awareness, drug rehabilitation and community engagement programmes.

The bill will debated tomorrow in the Seanad.