I’d like to thank you all for nothin’ at all.

By you I mean you generally. Not you, them. I don’t know exactly who they are, but it isn’t you and we can all agree they’re the problem and why we’re doomed.

It’s now clear that Fine Gael think that they are the hard left.

It’s not enough to be left, you have to be hard. We’ve ditched ‘far’ as a tag. The far right are now Alt.Like some emerging music scene, kinda pleasant and revolutionary, you crazy kids.

The left are hard. An unmoveable force hell-bent on giving stuff away for free.

We’ve ditched the ‘far’ because it implies a distant, small fractional wing. People aren’t scared of small groups of extremists.

It’s easy to pretend that this is a new thing, but it isn’t. Politicians have always led us down a path of division. There has always been a them that we must fear or hate.

It is a them, someone else. I don’t need to provide an answer or a solution. I can give you a bogeyperson of non-specific gender identity to be scared of. It’s better than trying to stand over bad policy.

Both political sides have always created a them and then pointed to the extreme idiots to prove the point. On the left we use the rich capitalists as our them. Tax dodgers, party donors, sometimes criminals.

We don’t use the lower-middle class right wing voters as our them or the working classes that vote for right wing leaning parties. Instead we label them as “lacking formal qualifications”.

You know, stupid. But we can’t say stupid, so we pretend that a generation that never had the opportunity to go to college to get a degree in golf course management is stupid. It’s even better if we can call them racist.

The change has been in who they are. It’s no longer a small group of extremists or elitists; it’s become anyone who disagrees with you. Think that promising to build 2000 social houses and then questioning the government’s record when it only builds 650 is reasonable? Then get your application in to become a member of the Hard Left.

Oh you also think that the government shouldn’t provide State Aid to corporations, like…umm…EU Law says they shouldn’t? You’re Hard and a Bolshevik. See it’s not welfare when it’s in the name of the Free Market and its rich people accepting the aid. It’s only scrounging when poor people do it.

OK, some were always prone to painting everyone who showed dissent to their opinions as being a them, but they were mocked for it, like Rick in The Young Ones. Now everyone is something and usually something negative and we stopped laughing at the people who did it.

The Brexit campaign was one of fear, lies and overt xenophobia (a term we use when we don’t want to say racist). But not all votes for Brexit were because people were against immigration or because they were racist.

For years, leaving the EU and the dangers of the EU (a capitalist, free market stalwart) has been a big issue on the left. Not the hard or far left, just the left. The left that isn’t moderate and didn’t go willingly with Blair. The New Statesman made the left case back in 2015, a year before the referendum.

Now, you’re just a bigot if you support or even offer the slightest hint of being pro-Brexit, even if you’ve opposed the EU on left-based principles for decades.

The swing towards the bigotedthem is so significant that we celebrate Macron’s election as progressive, just because he defeated Le Pen. Even though we lament Varadkar’s election, despite being Macron’s political doppelganger. And we do so without a sense of irony or hypocrisy.

You don’t need a them if you have good policy or an actual injustice. You only need to create one when your argument doesn’t work. Where facts or logic don’t back up your view to the full extent, you need to create a shadowy cabal that is behind the opposition or nefariously supporting the injustice.

It isn’t enough that you overheard one guy being a arsehole, it has to be an example of why the patriarchy are evil. If I countered that with examples of role reversal…well, I’d be part of the same evil patriarchy.

And rightly so. It isn’t enough that you failed on your own promises to build social houses, you have to say criticism of the failure is down to the Hard Left.

There is one thing that unites all humans and it is that we’re predominantly stupid creatures. But in a nice way. It isn’t our fault that we are driven by pattern recognition and confirmation bias. They kept us safe and allowed us to evolve to what we are. It’s still a weakness in our judgement though.

No one is the popular fictional character driven only by logic and reason. We like to think we are and like to think it’s everyone else who is led by their more primitive instincts, but we are all apes looking for tigers in the Savana, jumping at shadows.

That’s why we need to create a them because most times facts, logic and reason only work when it is something we agree with. Facts that are against our views are dismissed as being something the shadowy them would say. We use the counter argument, no matter how reasonable, to prove our proposition of a them.

When links are posted to counter an argument, it’d be fascinating to see what the google search was to get those links. Was it a simple “evidence of X” and then the individual reviewed all the facts or was it “why X is wrong” and then posting the first counter argument we come across?

But using evidence does work, eventually, sort of. Policy on climate change became more effective when the NGOs and advocates moved away from their Fossil Fuel Industry bogeyman to evidence. Eventually, the weight of evidence was in the favour of action.

For any doubters out there, you don’t convince emerging industrial countries that rely on cheap fuel to action unless there is convincing evidence hand-in-hand with suitable alternatives. Does it really matter if the science is a bit off if India is self-sufficient in renewable energy?

Try it. Try looking in a non-partisan way at arguments or a discussion point; see how many rely on an intangible them. Take out the them and then see how the argument stacks up.

Sometimes you’ll be surprised and the argument still has weight. Sometimes, you’ll see it for the irrational rambling it is. Elections, referendums, debates, discussions, we’re swamped with imaginary groups that probably don’t exist beyond a few very small ineffectual people.

It’s a pity that they will never see how they are misleading them.

Now considered a Content Creator due to a few contributions to this site, Listrade is looking to expand his empire of condescension into new markets and sponsorships areas due to the poor quality of tea in the Broadsheet offices. He is planning on launching his Youtube channel, “Badly in need of an editor”, at some point when he gets around to it. 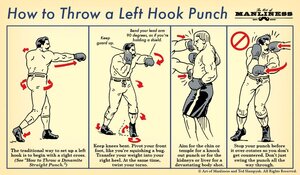 23 thoughts on “Between The Right And A Hard Left”