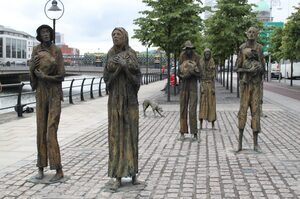 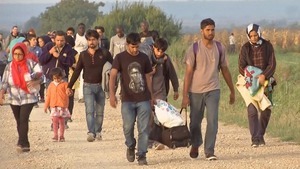 On the occasion of World Refugee Day…

172 years ago there was a great famine in Ireland. This period of mass starvation, disease and emigration led to one million dying and one million more desperately boarding ships – often overcrowded, poorly maintained, and badly provisioned vessels, known as coffin ships – in the hope of escaping their dire situation and starting new lives.

The experience has made its way into our folklore, our culture, almost embedded itself into our very DNA.

When the Irish got where they were going (if they had survived the trip) they were welcomed with suspicion and hostility. In the USA and the UK they were considered a violent backwards culture that was incompatible with American and British society

There were a few who helped and made the small impact that they could, despite intense political pressure not to do so. These people are remembered by the Irish to this day – the Quakers, the Choctaw Native Americans, a few more.

So, How Was Your ‘World Refugee Day’?