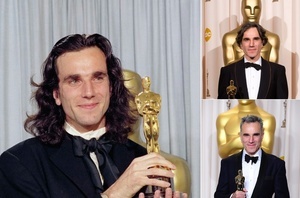 “Daniel Day-Lewis will no longer be working as an actor,” Leslee Dart, a spokeswoman for Mr. Lewis said in a statement released on Tuesday. “He is immensely grateful to all of his collaborators and audiences over the many years. This is a private decision and neither he nor his representatives will make any further comment on this subject.”

Where Would Lincoln Go Drinkin’?