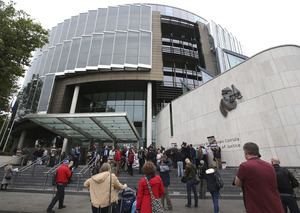 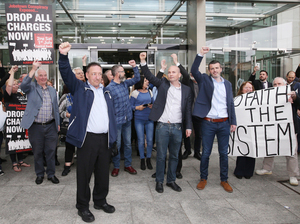 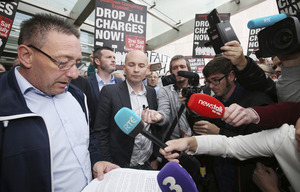 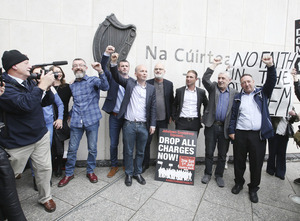 Unanimous not guilty verdict in #Jobstown trial greeted with cheers of “No way, we won’t pay”. Several supporters broke down in tears. pic.twitter.com/UIDUdXyYzA

Mick Barry reads the names of the people acquitted in the Jobstown Trial & asks the Tánaiste was there an orchestrated conspiracy by Gardaí pic.twitter.com/AWwhJ7Ej3O

For Your Consideration: Jobstown: A Protest On Trial

176 thoughts on “Jobstown NOT Guilty”