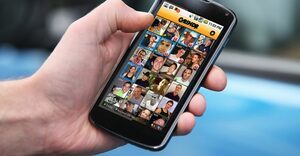 And you thought you were having a bad Summer?

Loving a person always includes a possibility of betrayal. You open up a piece if your life to them and share with them all the cliches of hopes and dreams and worries and other emotionally divested items of our existence.

I asked Broadsheet could I lay out these issues as I need to make sense of it not just in my head.

Wednesday just gone I came back from work and sat down with my boyfriend Harry who is a good deal older than me by about ten years. I am a lad of thirty odd but erring on the wrong side of thirty who has been faithful and always will be.

Harry and myself settle down to watch some TV, it’s been a long day and I am sticky as fly paper from the heat. Harry informs me at about 7 he is going to bed and at 8.30 I pop in to check on him as he is sprawled out in bed and its gone nippy so I pull the duvet over him and tuck him in. As per usual his phone has fallen under the pillow so

I stick it in to charge it for him as I often do. The minute I plug the phone in a notification shoots up from a gay dating app. Curiosity killed the cat but in this case it got the cat and ran over it twenty times and let its miaows turn into blood curdling screams.

On the phone were photos Harry had swapped with various men from him in his underwear (which was akin to seeing a Hippo in a tutu) to photos of him in poses with his manhood as stiff as his grandmother’s corpse.

I just totally lost it, screamed the house down and threw the phone at him. Demanded an answer. I’m a very easy going guy, I like an easy life but this hit the anger button.

He woke from a slumber (and he was semi drunk) and I asked him about his infedelities – he lied at first but then admitted to four of them. Four different guys who had sucked him off and he sucked off two of them who he had just decided to shag fully and that’s just the ones he admitted to.

There was no apology and all that came out was a remorseless stare, like a dumb overweight Labrador. I ran to friends next door and got him out that night. Nothing from that night I remember much suffice to say I grew into rage of hatred and anger.

The hatred has subsided and the anger is going. I stayed with my best friend and his wife, two people who pick up the pieces who are my second family.

My relationship was not perfect. It was a veritable mix of him having health issues and a sex life that was non existent for over a year. I tried my best to help him as he jacked in his job at Xmas and I was paying the rent. I travelled to get away from the issues.

Friday night came and he was in the house after I went away for the day. At this stage this whole experience felt like it had destroyed me. He was in the spare room so I called him in and asked him why he did it, he answered in a sullen tone “I don’t know”.

There was perhaps some remorse but it appeared to be feigned and I got an apology but this was with eyes buried into the floor so far that they could cut the tiles.

Nothing felt legit about the apology, it was almost remorseless but at this stage I do not care I think. I threw him out again and sat down and made myself a coffee and decided the best thing to do was to stick to the old adage “the best way of getting over someone is to get underneath someone else”.

Feeling sorry for myself a pity f*** could do me the world of wonders and at least I could bury myself into soulless sex at three in the morning and not think about the consequences, feel wanted for three quarters of an hour, shoot my load and go home. It didn’t quite work out that way.

I hooked up with a fella three minutes away. Nothing major in that except we had a conversation in which he told me about a relationship of sorts he was in and it was three way.

He described this guy he was in love with and that his boyfriend was possessive or an arsehole of sorts. I told him my own scenario. After I left I got a message to say that he was sorry but he had put two and two together and he was talking about Harry and me.

I laughed but Saturday morning this just destroyed me altogether more. I got him to confirm my boyfriend’s surname and phone number which he did.

So here I am dealing with physical cheating, lies,a lack of remorse and to add to it all the worst of it all – emotional cheating. One night stands I could sit down and work out but this? Harry had told me he hated himself to a certain degree was he trying to make himself better via casual sex and stroke his own ego?

Today is five days since all this happened. I’m not looking for the sympathy of people but to say that out of the ashes rises a phoenix. I had extremely dark thoughts in my mind for a split second. I have just been for an STI test and tonight Harry is getting his marching orders to get the hell out and pay my rent for next month so I can sort out another house mate.

Its through a network of friends and family that I am moving on. Harry is not well and has a number of issues and I want to be compassionate not for reasons of my ego but because I feel genuinely sorry for Harry.

Break ups for whatever reason are tough but in some circumstances are worse than death in that we grieve for the loss of a relationship but that person is still alive. Take solace from the fact – life goes on and the world keeps spinning, we have to move along too.

The author is a long-standing Broadsheet commenter who has asked to remain anonymous.

84 thoughts on “Cheating Cheaters Cheat Us All”