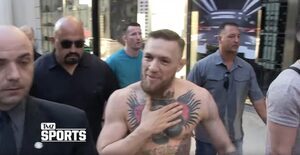 Shirtless UFC giant Conor McGregor declares a, taut, inked, if light-hearted coup against President Higgins on the streets of Beverley Hills ahead of his bout against Floyd Mayweather.

Mr McGregor is reportedly going to net a ‘purse’ of around $127 million whether he wins or loses. 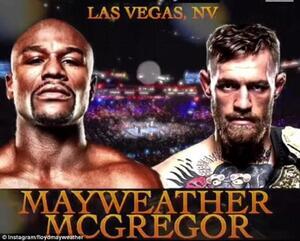