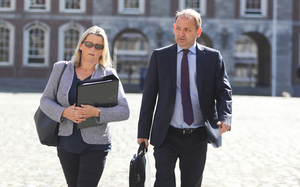 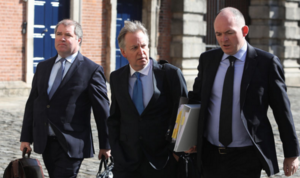 Following on from the evidence that Ms D gave yesterday about how she had given an interview – part of which was videoed – to journalist and broadcaster Paul Williams in March 2014.

And how this interview led to a series of articles written by Mr Williams in the Irish Independent in April and May 2014.

The series of articles pertained to Ms D’s 2006 allegations but did not identify Sgt Mcabe.

At the beginning of his evidence, Mr Williams said he wasn’t aware of the rape allegation that was wrongly attributed to Sgt McCabe until February of this year.

He said he read it in the media and he didn’t see RTE’s Prime Time – which outlined the sequence of events  in February 2017 after the matter was raised in the Dáil – as he was out of the country at the time.

The tribunal heard that after Mr Williams’ interview with Ms D he was in telephone contact with the then head of the Garda Press Office Supt Dave Taylor.

Mr Williams told the tribunal that he asked Supt Taylor several questions, including:

Did this investigation take place?

What was the decision of the DPP?

Was there an arrest?

Can you confirm if it was Inspector Noel Cunningham who was involved?

Was the allegation placed on PULSE?

Mr Williams explained that the question referring to Insp Cunningham was “one of the problems Ms D had”.

Mr Williams told the tribunal that Supt Taylor confirmed to him that an allegation had been made against Sgt McCabe seven years previously, an investigation had taken place and that the DPP said there was no case to answer.

Michael McDowell, SC, for Sgt McCabe, asked Mr Williams: “Did he come back to you and say the allegations didn’t constitute a sexual assault and indeed an assault at all?”

The tribunal was then referred to a letter sent by Liz Howlin in the DPP’s office to Rory Hayden, the State Solicitor for Cavan.

The tribunal heard the letter stated:

I acknowledge receipt of your letter dates 1st March 2007 together with copy Grda investigation file.

I agree with you and the Guards, that the evidence does no warrant a prosecution There was no admission. The incident as described by the injured party is vague. It appears that it was only when she was eleven/twelve that she decided that whatever occurred was sexual in nature.

Further, the account given to her cousin [redacted] differs in a a number of respects to that given to her parents and the Guards.

Asked if he had seen this letter would it have had an affect on him, Mr Williams told the tribunal:

“It would have given a different view.”

Just before the tribunal broke for lunch.

Judge Peter Charleton – who is overseeing the proceedings – asked the legal representatives to clarify with Supt Taylor the claims made by Mr Williams.

1) How many calls Paul Williams and Supt Taylor shared and when?

2) What did Supt Taylor actually say to Mr Williams?

3) Why did he say what he said to Mr Williams?

After lunch, Mr Williams returned to give evidence.

“It is our instructions that, to the best of our client’s recollection, there was only one phone call, which occurred on the Saturday Mr Williams attended at Ms D’s house.”

On the claim that he only made one phone call to Supt Tyalor on the matter, Mr Williams said:

On the claim that he told Supt Taylor he had interview Ms D, that Sgt McCabe destroyed that person and that he was going to write a damaging article, Mr Williams said:

Judge Charleton intervened and asked Mr Williams if there had been any discussion at all about Sgt McCabe destroying anybody’s lives? Mr Williams said:

“No, there was not, chairman.”

Asked if there was anything in that ballpark, Mr Williams replied:

Mr Williams said that that was “totally untrue”.

Judge Charleton then asked Supt Taylor’s legal counsel if the instructions from Supt Taylor were that he didn’t say anything to Mr Williams?

Well, that Superintendent Taylor will say that he took note of what you had told him and that he passed on to his superior, who was then-Commissioner Martin Callinan, and also Deputy Commissioner O’Sullivan, by way of text message.

“The instructions are that he [Paul Williams] was providing information and that information was relayed on to a superior.”

Mr Williams said he did not call Supt Williams on the same day that he met Ms D and that he had regular conversations with him after he started to make inquiries. He added:

“He suggests there that I rang him up and made a declaration or a statement to him that Maurice McCabe allegedly destroyed somebody’s life. I don’t see any logic in saying that to anybody, especially a press officer. I rang him to clarify details with him, and that’s it.”

Mr Ferry also said that Supt Taylor maintains he received no further calls from Mr Williams on the matter before an article was published on April 2 or 3 [sic]. 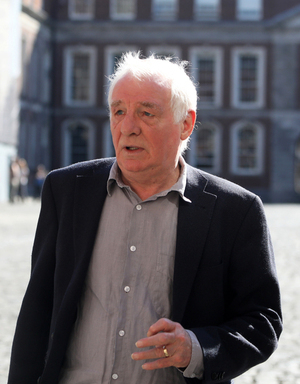 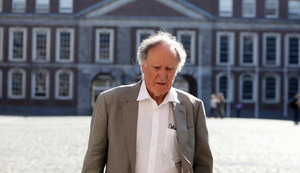 Eamon Dunphy (top) and Vincent Browne (above) attending this morning’s session at the Disclosures Tribunal.

Down These Mean Streets

‘I Will Be Proven Innocent’