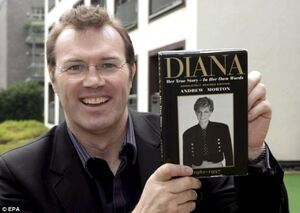 On Saturday Night with Miriam…

Princess Diana’s biographer, Andrew Morton will join Miriam to talk about her life and legacy ahead of the anniversary of her death.

The designer of Diana’s wedding dress, Elizabeth Emmanuel, will be in studio with the original toile wedding dress and other paraphernalia from the royal wedding. The dress forms part of the latest exhibition in the Museum of Style Icons in Newbridge Silverware.

Thirty years on from his Tour de France win Stephen Roche joins Miriam to reflect on his historic win and talk about his latest cycling challenge. This time he’ll take on the Tour de Leinster which he’ll be cycling in aid of Down Syndrome Ireland.

G.A.A. superstar and pundit turned Rural Ambassador, Pat Spillane, will talk about an the decline of Irish towns and villages and how we can unlock rural Ireland’s potential.

And we have music from Cork native Lyra.

Saturday Night with Miriam at 9:25pm on RTÉ One.