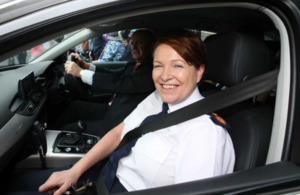 Readers may recall how the Disclosures Tribunal is currently on a break.

It will resume on September 18 when it will look at matters concerning Garda Keith Harrison and public bodies including Tusla.

The tribunal will then take another short break.

After that, in November, Judge Peter Charleton is scheduled to look at what information former Garda Commissioner Martin Callinan and then Deputy Garda Commissioner Noirin O’Sullivan may have briefed to former head of the Garda Press Office Supt Dave Taylor in 2014.

This section of the tribunal is also scheduled to look at a meeting between Mr Callinan and Fianna Fail TD John McGuinness, on January 24, 2014, in the carpark of Bewley’s Hotel, Newlands Cross, Co Dublin.

It’s also supposed to examine the broadcasting of a report by Paul Reynolds on RTÉ, on May 9, 2016, in respect of a leaked account of the O’Higgins Commission of Investigation, in which Mr Reynolds reported that the commission found Sgt McCabe “lied in a report to a senior officer” and to see if Ms O’Sullivan had any influence over that report.

And Judge Charleton will also be looking to see if the false allegation of rape that was circulated about Sgt McCabe “or any other unjustified grounds were inappropriately relied upon by the Commissioner during the hearings before Mr Justice Kevin O’Higgins” during this segment of the tribunal.

Readers will also recall how, after the report of the O’Higgins Commission of Investigation was published in May of last year, it emerged that claims made by Garda Commissioner Noirín O’Sullivan’s senior counsel to the O’Higgins commission – that Sgt McCabe was acting out of malice – were proven to be untrue.

The allegations of malice were allegedly based on a meeting which took place back in 2008 in Mullingar, apparently between Sgt McCabe, Sgt Yvonne Martin and Supt Noel Cunningham. As Sgt McCabe recorded the meeting, he was later able to disprove the claim of malice alleged at the O’Higgins commission.

But the events described above were not included in Justice O’Higgins’ findings.

The government has been urged to act to remove the uncertainty surrounding the position of the Garda Commissioner who is being linked to a senior position in the EU law enforcement agency, Europol.

The Labour Party said reports and rumours about her candidacy are “unhelpful, particularly at a time when an Garda Síochána requires operational certainty”.

Last month The Sunday Business Post reported that Nóirín O’Sullivan, who is facing a number of controversies at home, is among those being considered for a senior position in the area of specialist operations.

The post becomes available in November, meaning O’Sullivan could potentially leave her current role in the autumn.

Asked if he or his department were made aware of her candidacy before she took her six week’s annual leave, the Justice Minister, Charlie Flanagan said: “She is expected back at her desk, I’m sure, in early September and I look forward to working with her on the subject of her ambitious reform programme.”