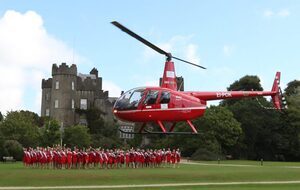 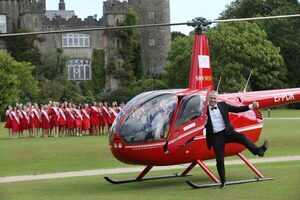 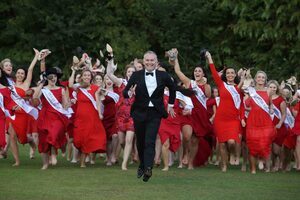 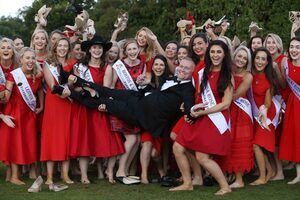 Dáithí Ó Sé brought a license to thrill to the RTÉ Rose of Tralee launch when he was helicoptered into Malahide Castle to meet all 64 hopeful Roses for the first time ahead of this year’s 2017 Rose of Tralee International Festival.

Dáithí’s dramatic aerial entrance, courtesy of a former Rose of Tralee escort and pilot Ted Robinson, ensured that the Rose of Tralee festival started in style.

This is Dáithí’s eighth year presenting the show, proving that in his eyes Roses are forever; he and the 2017 Roses were in flying form at Malahide Castle before they began their journey to Tralee.

The festival is now in its 58th year and interviews with the final 32 Roses will be broadcast live from the festival dome in Kerry at 8pm on Monday 21 and Tuesday 22 August on RTÉ One with a break for the Nine O’Clock News…. 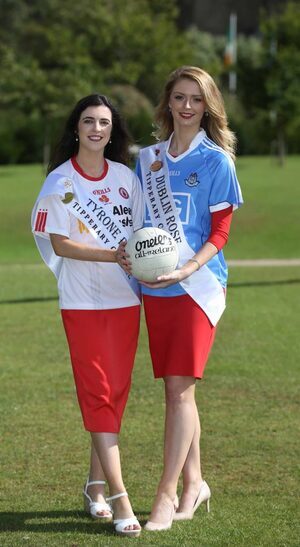 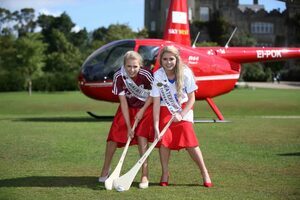 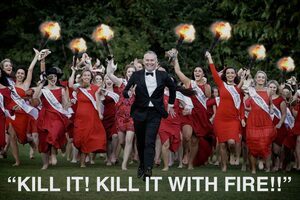 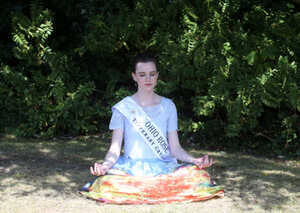 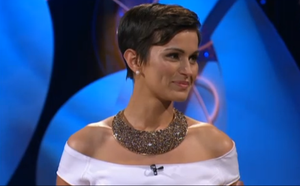 That Which We Call A Rose

27 thoughts on “Dáithí Another Day”