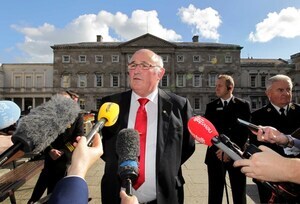 Independent Senator Gerard Caughwell has said there must be an election for the position of President of Ireland .

Craughwell took to Twitter on Sunday night to say he was putting his name forward to ensure there is a contest.

A presidential election is due to be held in October 2018. However if no-one contests the election, current president Michael D Higgins could be given a free run at a second term.

During the 2011 presidential election, Higgins repeatedly pledged that he would only stand for a single seven-year term. However since being elected, the president has refused to rule out the possibility of a second run for Áras an Uachtaráin.