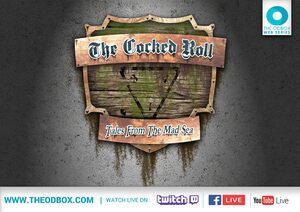 The last few years have seen a resurgence in the hobby of tabletop gaming. Especially when it comes to the fantasy role-playing game Dungeons & Dragons.

Thanks to the popularity of live-streaming on websites such as Twitch and Youtube, groups of D&D players have even begun broadcasting their game sessions online.

Starring myself, Al Quiff and Rohan Healy of The Dublin City Rounders, Clare Mclaughlin and Keela Sweeney of Dublin City FM’s The Kitchen Table and Alex Mills, The Cocked Roll is an exciting and hilarious take on tabletop role-playing for D&D veterans and newcomers alike.

1 thought on “You’ve Got Chainmail”