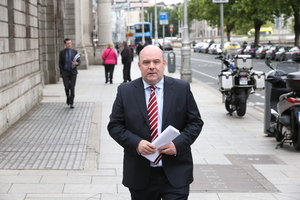 Controversial campaigner David Hall will chat to Ray about his new mortgage deal with AIB to help people who are in severe arrears and whose homes are on the verge of repossession. We will also be joined by people in the audience who will be affected by the new deal.

Aonghus McAnally will be about celebrating his close friend Christie Hennessy on his forthcoming tour.