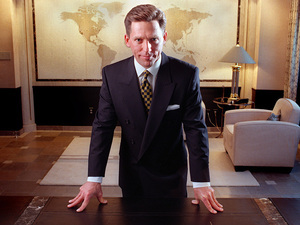 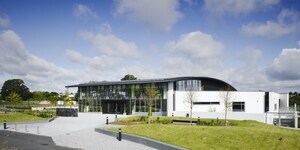 David Miscavige, leader of The Church of Scientology is to open its new “Ideal Org” at the former Victory Centre in Firhouse, Dublin 24 next Tuesday, October 14.

The new premises comes complete with a 1,100-seat ‘grand auditorium’, although the 2016 Census recorded 87 Scientologists in Ireland.

250 Scientologists are being recruited from around the world to staff this new HQ.

David Miscavige, leader of the Church of Scientology since the death of L. Ron Hubbard in 1986, will be in Dublin for the opening.

His reign atop Scientology has been turbulent. His wife, Shelly, disappeared from public view in 2005. Some of Scientology’s most famous adherents, like actress Leah Remini, and writer/director Paul Haggis, have publicly split with the church.

Dozens of former Scientologists have fled the church’s vast “Gold Base” HQ in Gilman Hot Springs, California, claiming they were coerced and abused for years inside its fences.

And a book and an HBO documentary, both titled “Going Clear,” painted a brutal picture of intimidation, beatings, imprisonment, and exploitation of Scientology workers.

In October 2009, the French branch of the Church of Scientology was convicted of fraud and fined €600,000.

In a speech to the Australian Senate on 17 Nov 2009, Nicholas Xenophon labelled the Church of Scientology as a criminal organisation, making allegations of members experiencing blackmail, torture and violence, forced imprisonment, and coerced abortions.

Ruling in the High Court in London in 1984, Justice Latey concluded:

“Scientology is both immoral and socially obnoxious…It is corrupt, sinister, and dangerous. It is corrupt because it is based on lies and deceit and has its real objective money and power for Mr. Hubbard…

It is sinister because it indulges in infamous practices both to its adherents who do not toe the line unquestionably and to those who criticize it or oppose it. It is dangerous because it is out to capture people and to indoctrinate and brainwash them so they become the unquestioning captives and tools of the cult, withdrawn from ordinary thought, living, and relationships with others.”

61 thoughts on “Going Clear In Firhouse”