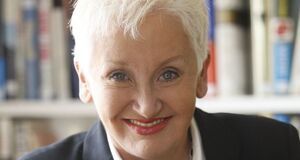 Mrs Brown’s Boys star Brendan O’Carroll leads the line-up on the Late Late this week as the show tackles everything from the state of the nation to the future of the Catholic Church.

Fresh from collecting his fifth All-Ireland medal, Dublin footballer Philly McMahon is in studio to chat about how life could have been very different for him

The state of the nation will be up for discussion with politician Fidelma Healy Eames, journalist Kitty Holland and columnist Terry Prone on the panel.

Ireland’s favourite wedding planner Franc (Peter Kelly) is back on our screens helping Irish brides to find their perfect gown in Say Yes To the Dress Ireland. He’ll be chatting about all things wedding related

Fr Joe McDonald author of  controversial book titled Why The Irish Church Deserves to Die joins Ryan to tell viewers why he believes the Irish Church has failed Jesus and the Gospel.

25 thoughts on “Staying In Tomorrow?”