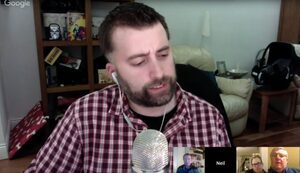 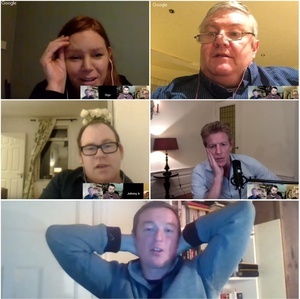 A warm thank you to , clockwise from top: Neil Curran, Derek Mooney, ‘Preposterous‘, Tony Groves, Johnny Keenan and Olga Cronin, our panel on last night’s Broadsheet on the Telly.

The show, which aired at the new time of 10pm, can be viewed in its entirety above.

Topics tackled included tracker scandal, Tom Humphries and the release of files on the JFK assassination.

The latter allowed lone nutter ‘Preposterous’ to once again question an official story. What a feeble-minded conspiracy loontard!

Plus: Spot the tortoise?

Are You Based In The UK?

Bants Has No Agenda

With Or Without You

18 thoughts on “Back And To The Left”