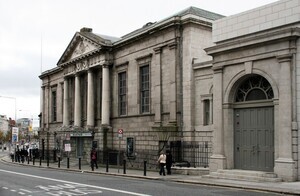 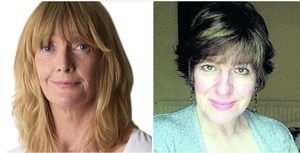 During the slot, they turned to the statement released by The Gate yesterday, in the wake of claims made by six women against the theatre’s former artistic director, for 33 years, Michael Colgan.

The claims revolve around events ranging from the early 1990s to 2016, Mr Colgan’s final year at The Gate.

In the statement, The Gate Theatre called out for employees, or former employees, who have concerns to raise about sexual harassment or abuse of power to contact them on confidential@gate-theatre.ie.

It also said it intends to appoint an independent professional HR advisor to handle any issues raised.

The statement did not name Michael Colgan.

Readers will recall the Gate Theatre received €860,000 in State funding in 2016. Mr Colgan was paid €231,000, including salary, expenses and pension payments in the same year.

This morning, in light of the statement, Mr O’Rourke raised the matter with his panelists.

Sean O’Rourke: “Moving on, the, I suppose, another one of the big stories of the week, can be summed up in the two words sex pests. Across the water, suggestions as well that there’s need to look into matters closer to home. I see The Gate Theatre now have appointed a HR expert to receive complaints from people there. What do you make of it all, Lise Hand?”

Lise Hand: “Well, I think there’s sort of two things going on here. First, you know, there’s actually almost a common theme running through a lot of what we’re talking about. A lot of it has to do with no kind of controls, regulation or no, and also people acting with impunity, with no fear of any consequences. And now you have, what started with a say #metoo in America spread…”

O’Rourke: “This is after Harvey Weinstein…”

Hand: “This is after Harvey Weinstein. And an actress started this hashtag and I think, within 24 hours, there was, you know, a million responses on Twitter to it. So, you now have this sort of rolling situation and, for the first time, we probably see people suffering consequences of these allegations. People are being made to step down, shows are, in Hollywood, shows are being axed. You have people, you know, you have men who have, are under these allegations, and they’re actually facing consequences.

“And you’ve a situation here, too, of course, where the #metoo thing has obviously reached Ireland, and, you know, we’ve seen a lot of action on social media over this over the weekend. There was you know, a report of one, it was in a Sunday paper, a couple of Sunday papers, you know, about one individual using the term sex pest and then there was sort of a separate story running online as well about other allegations made by somebody else of a much more serious nature.

“And I think there’s two things here. One, there is a danger when these things go up on social media, that different stories get conflated. And people who have nothing to do with this and are completely blameless, names start circulating. And this is the danger. And I think even with the best intention in the world, if somebody wants to step forward and say ‘we need to make this public so people will come out, you know, will come out with their stories’, I think there is a process, I think that, needs to be followed.

“I mean, as a journalist, if I’m you know, doing a story with any allegations, I will absolutely make sure that I have everybody sourced, every single fact nailed down before I go to it. And just one last thing: I think if the Government want to, could actually turn all this into an opportunity, it’s been, since 2002, many people have been trying to get a report, a new SAVI [Sexual Abuse and Violence in Ireland] report done…”

Hand: “Sexual violence in Ireland…sexual assault and violence in Ireland, I think it is. Now they could. Since 2002, there hasn’t been a report on this. They could do that and also broaden it out to just look at the broader thing of harassment in the thing. If it only cost €1million and, you know, of a budget of €60billion, surely €1million could be found.”

O’Rourke: “Social media has transformed everything.”

McGuinness: “It has but the frightening thing is that women in America, who spoke out, are now empowered because they’re powerful. When they were powerless, they didn’t speak out. We and debate in the European Parliament on this issue, and there’s concerns in the parliament, as there would be in all big organisations, and I dare say in this outfit as well, that where people are together and some are more powerful than others, you can have what turns out to be sexual harassment and people are fearful to speak out. You need systems to address that.

“The worry with social media is it vents anger but actually could destroy a follow-up, where people should be held to account. And, in addition, people now saying ‘oh it’s going too far’ and the danger is that where there’s a real problem, and there are real problems in the workplace, that people will say, ‘ah sure look, it was harmless and now people are going too far and you can’t touch anyone in a lift or…’ That kind of thing. There is a danger.”

Jill Kerby: “Sure. But there’s always that kind of a backlash, I think, when any sort of event like this happens – especially in this country. I mean, when 20 years ago, there revelations about child sexual abuse in the church were happening, the same kind of people were coming out saying ‘oh, this is most unfair to the church and it’s most unfair to most priests because most of them are really nice guys and this is a terrible thing to do.”

McGuinness: “No one is saying that now.”

Kerby: “Hang on, no, no, they’re not saying that but they are saying ‘oh this has gone too far’. You know. We have to live with social media. We have to accept…”

Kerby: “On my tweet line, lots of people are coming out and, I have to say, most of them are men. And they’re saying ‘this has gone too far’, you know, ‘you women don’t always know what’s the difference between a little bit of jocular office whatever…'”

Hand: “That’s different than saying, I think, that you know a lot of the people are going too far. I do agree that there is a certain, like ‘you can’t take a joke’…

Hand: “The only people surprised by the amount, the outpouring on this, are men because any women have sat down together and they’ve talked about an incident, from something very minor, you know, something irritating…”

Kerby: “You know what? I believe them.”

Kerby: “I believe those women who say that and that is why I believe the danger now is that there is going to be this great surge of opprobrium against the fact that it’s social media that’s directing this. We have to live with this.”

O’Rourke: “I, to be honest, don’t think social media is the main explanation for why these issues are coming up and I very much welcome the fact that they’re coming up and I think it’s a sign that feeling more confident, and in a stronger position to challenge what has been a rotten culture of sexism and misogyny and where sexual violence, harassment, sexism generally, was acceptable and pervasive in society. It’s becoming less acceptable and that’s because women are becoming more assertive and that is a good thing.”

Previously: “I knew It Was Likely I Would Never Work In The Gate Again”

8 thoughts on “Noises Off”