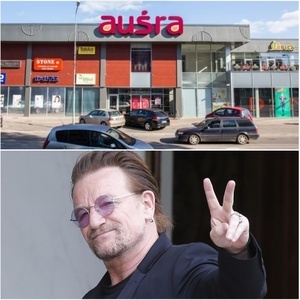 Bono has expressed horror that a Lithuanian shopping centre business he invested in may have fallen foul of the country’s tax rules.

In a statement, the U2 frontman said he would be “extremely distressed if even as a passive minority investor … anything less than exemplary was done with my name anywhere near it”.

He reacted after Lithuania’s tax authorities said they were preparing to examine the details of the business over concerns that it avoided profit tax.

Yesterday: Mall That You Can’t leave Behind

Mall That You Can’t Leave Behind