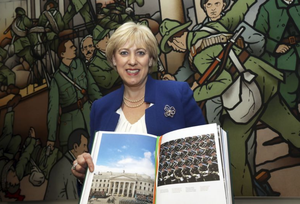 Further to the allegations made against former artistic director of The Gate theatre in Dublin, Michael Colgan…

So just a few thoughts. Its been said many times over the last few weeks that one of the principal (but not the only) causes of the abuse and harrassment was “unaccountable power”.

So what does the Minister go and do? Invite eight “leaders” from Irish theatre organisations. I’m sure they’re all fine people, but how accountable is their power.

And if you think that decisions can be made for these people as opposed to by these people then you are a part of the problem.

As someone remarked about the Paradise Papers recently, this is not a glitch in the system, this IS the system. The actions of the Department with its workshops on governance is the classic tinkering with the system approach so beloved of our politicians.

Everything is absolutely fine we just need to iron out a few problems.

No. Unaccounability, abuse of power, bullying, harrassment and fear are the system. (And not just the arts, but accross all sectors of this country – including politics)

Remember that – as Annette Clancy pointed out to me – if this group of “leaders” was convened three months ago Michael Colgan would have been on it.

Previously: “I Knew It Was Likely I Was Never Going To Work In The Gate Again”

‘They Said It Wasn’t Their Business’