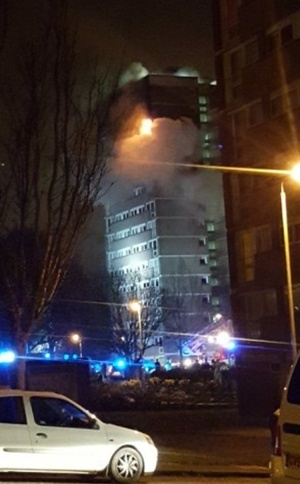 Emergency services are at the scene of the fire at 14-storey Coolmoyne House where residents have been evacuated from the building.

The four people were being treated by the ambulance service, but the situation was ongoing and there was no further details about their conditions, Mr McPoland added.

5 thoughts on “In Dunmurry”