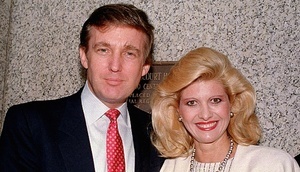 Businesswoman, author and the former wife of the 45th President of the United States Ivana Trump, will join Ray this Saturday night to chat about her relationship with Donald Trump. She will discuss what attracted her to him, what he was like as a husband and father and will give viewers an insight into one of the most famous and powerful families in the United States.

Former Made In Chelsea star Millie Mackintosh has made her mark on the world of fashion and will chat about the secrets of her style and success.

Broadcaster Charlie Bird will join Ray to talk about his new series After The Headlines in which he revisits some of the biggest news stories to have rocked the nation.

10 thoughts on “Staying In Saturday?”