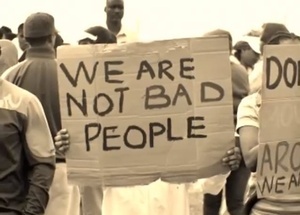 “The Supreme Court has told the State it will make a formal declaration next February that the absolute ban preventing asylum seekers working here is unconstitutional.

“The five-judge court said on Thursday the declaration will be made on February 9th, irrespective of what progress the State has made towards addressing the court’s findings on the ban.

“…Nuala Butler SC, for the State, said the Government was in the process of opting into the EC Reception Directive, which contains a provision requiring member states to afford the right to work in certain circumstances, but the matter was complex with many issues requiring to be addressed.

She urged the court not to make a formal declaration of unconstitutionality today, saying it would lead to a “flood” of applications seeking permission to work.

“…Michael Lynn SC, for the Rohingya man who brought the successful challenge to the ban, said his side would prefer a declaration was made today but did not want to create “unnecessary obstacles” and the issue was for the court to decide.

“…The Rohingya man, aged in his thirties, spent eight years in direct provision before getting refugee status here last year. While offered work in his direct provision centre in 2013, he could not take that up due to the ban on seeking work.

“While in direct provision on a €19 weekly allowance, he suffered depression and “almost complete loss of autonomy”, he said. Being allowed to work was vital to his development, personal dignity and “sense of self worth”.”

The Irish Times: The “Left” Is Being Dishonest

10 thoughts on “In February”