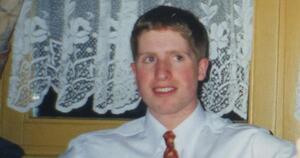 Actor Rory Cowan will be in studio to chat about his return to panto following Al Porter’s departure from Polly And The Beanstalk at the Olympia theatre in Dublin.

On the 8th December 2000, 22-year-old Kildare man Trevor Deely’s  went missing after his Christmas Party. Enhanced CCTV footage and a major search earlier this year made Trevor Deely’s disappearance headline news again. Trevor’s brother Mark and sister Michelle will join Ray as part of their appeal for anyone who knew anything about Trevor to come forward.

Earlier this week international star Patrick Bergin made his first appearance on Albert Square. Patrick will talk to Ray about what it’s like starring alongside EastEnder’s Phil Mitchell and Dot Cotton. He will also treat viewers to a self-penned tune alongside his good friend Eleanor Shanley.

1 thought on “Staying In Tomorrow Night?”