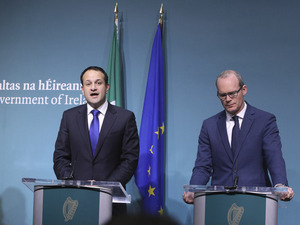 Taoiseach Leo Varadkar said he is ‘surprised and disappointment’ with British government over failure to reach agreement in Brexit talks.

Varadkar says he agreed to a text this morning and that he was “surprised and disappointed” to hear that UK couldn’t agree to it later. Amazing that May didn’t consult the DUP. 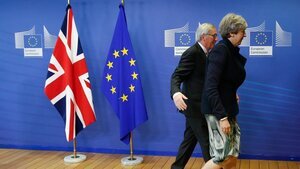 Podium outside Government Buildings for Varadkar’s 2:30pm speech has been dismantled

DUP leader Arlene Foster has said that Northern Ireland must leave the EU on the same terms as the rest of the UK, and added that the DUP will not accept any regulatory divergence.

She said the Government is seeking to “unilaterally change the Belfast Agreement without our consent”.

Ms Foster added that “the economic and constitutional integrity of the UK must not be compromised in any way.”

No deal reached in Brexit talks between May and Juncker (RTÉ)

U-Turn If You Want To

48 thoughts on “No Break For The Border”