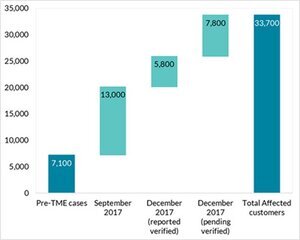 They found another 13,600 customers affected by the tracker mortgage scandal.

Between them, these lenders have set aside almost €900m to cover redress, compensation, and additional costs related to the tracker investigation.

“Many lenders publicly state that they put customers first. The evidence of the examination that we have seen suggests otherwise.”

14 thoughts on “And Where It Stops, Nobody Knows”