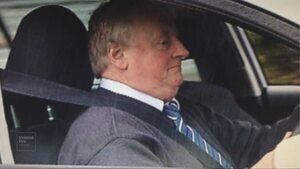 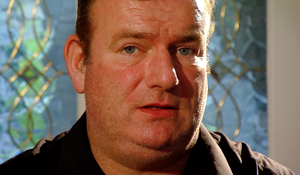 Colin Power, Barry Murphy, Paul Walsh and Jason Clancy – who were abused by former Waterford basketball coach  Bill Kenneally – created a Facebook video in which they urged people with any information about the cover-up in relation to Kenneally’s abuse to come forward.

They also say they feel let down by the Government – and all political parties – as there has been no firm date set for an inquiry into the matter.

Readers will recall how Kenneally was convicted and sentenced to 14 years last February, for abusing 10 boys in the 1980s, after Jason Clancy, who was abused by Kenneally more than 300 times over a three-and-a-half year period, came forward in 2012.

In the video, Colin Power stated that they know of at least 50 boys who were abused by Kenneally, all aged between 12 and 16.

“We know that two boys – 13/14 years old – were in counselling in the South Eastern Health Board. They were referred there by a teacher in school, whom they went to and told about the abuse. Yet, they were in counselling and we were still being abused at the same time.

“Now, it wasn’t just the counsellors knew that. There was a teacher. There was people in the South Eastern Health Board. The gardai, the clergy as well, members of the clergy, there was politicians from the political party that he was affiliated to [Fianna Fail] – all the way up to 2012, when Jason went to try and get this over the line and get this investigated and again the doors were shut in his face until he had to go public.

“None of us, ever, wanted to go public. We were told, at the, around the time of the court case, that Kenneally would not be named unless we went public. That’s the only reason any of us went public.”

“If this was in Dublin, there would be huge media coverage of this story.”

Victims of #BillKenneally are "disgusted and sickened" by today's announcement that @CharlieFlanagan is still not proceeding with a public inquiry.
They say Fianna Fail, gardai, the HSE and Catholic Church all played a role in covering up child sex abuse.

Victims of #BillKenneally are "disgusted and sickened" by today's announcement that @CharlieFlanagan is still not proceeding with a public inquiry.
They say Fianna Fail, gardai, the HSE and Catholic Church all played a role in covering up child sex abuse.

Who Would You Believe?