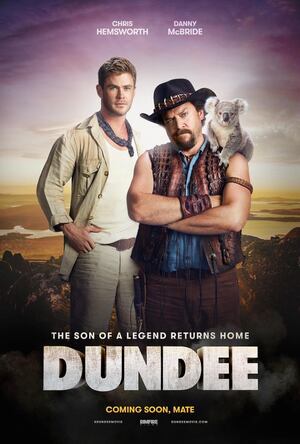 What You May Need To Know

1. I went through a whole denial-anger-acceptance thing watching this. First I was horrified, thinking my god, how could “They” possibly deem to sully a milestone of Antipodean culture like Crocodile Dundee (1984) by knocking out a snarky, decades-overdue sequel.

2. Then I thought, hang on a second, it’s Crocodile Dundee not The Godfather (1972). Who cares, let them do what they want.

3. THEN I thought, holy chozzwozza, this looks quite funny, and pretty great. Look at that cast! Russell Crowe hamming it up as a Murdoch-esque super villain? Sold. But does it look at little TOO good?

4. THEN I read up on it, and realised it’s not a film at all; it’s actually an extremely well-made viral advert for Tourism Australia, part of a campaign running with this weekend’s Super Bowl.

Broadsheet Trailer Park: Into The Woods

12 thoughts on “Broadsheet Trailer Park: Dundee, The Son Of A Legend Returns Home”